Winners of our community award to be announced

Later this month we will be awarding £500 to two UK organisations who are working on projects that support and enrich the lives of older people.

Cosyfeet Community Award - winners to be announced this month 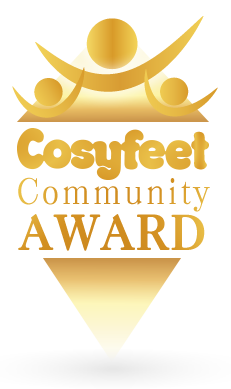 Later this month we will be announcing the winners of the Cosyfeet Community Award. Launched this year, it is available to UK registered charities or not-for-profit organisations and clubs working on local projects that support and enrich the lives of older people. There are two awards of up to £500 available – one for projects operating within Somerset (where Cosyfeet is based) and one for projects operating outside of the county.

We are particularly interested in projects that provide practical and emotional help, keep older people active or give them a chance to meet up with others. It might be a friendship group, a lunch club, a telephone befriending service, an exercise class or even a special interest group – anything that may help older people to feel less isolated and part of the community.

We have received a number of applications from a range of charities and organisations; all of them well-deserving so it has not been easy! It’s taken a while but we’ve managed to whittle the entries down to a shortlist and we will be announcing the winners later in September.