We’ve been busy filming our new adverts for television. This time we’ve made two separate ads – one which focuses on our women’s shoes and the other on our men’s range. Once again, Jonnie the West Highland white terrier who starred in our previous advert, proved to be a fantastic actor!

The new advert will be airing on a number of channels including ITV3, ITV1, Alibi and Drama over the next few weeks. In the meantime, here are some photographs to give you an idea of what went on the behind the scenes. 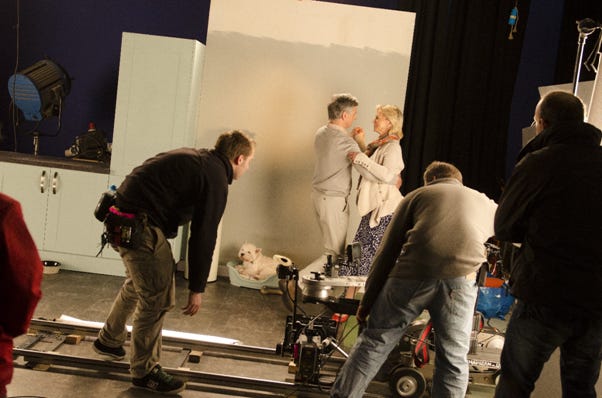 Dancing in the kitchen while Jonnie the dog looks on! 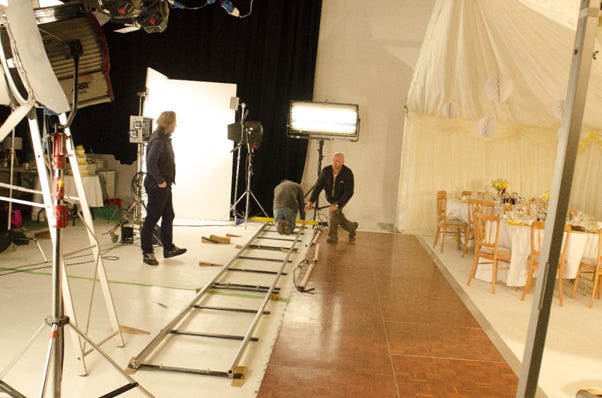 Getting ready for the wedding scene 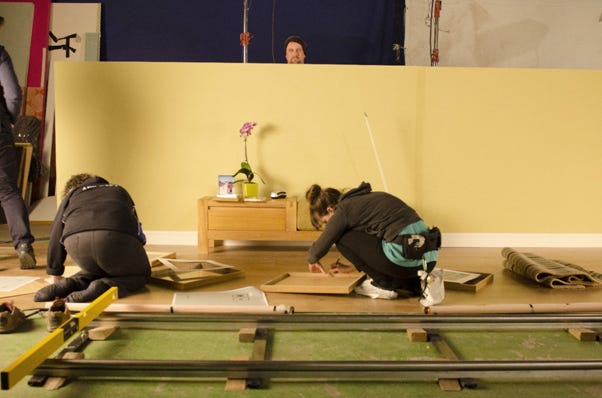 Putting the final touches to the hallway