September is National Organic Month. Run by the Soil Association, it encourages shoppers to go organic to benefit their health and the planet. 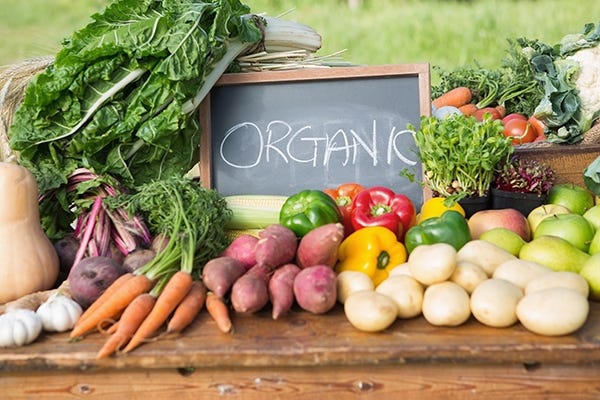 According to the Soil Association, going organic has many benefits:

Any food products labelled as organic must meet a strict set of standards which define what farmers and food manufacturers can and cannot do in its production.

Organic means the very highest standards of animal welfare. Organic animals are truly free range and are reared without the routine use of drugs, antibiotics and wormers.

Better for the planet

Organic means working with nature, not against it. No system of farming does more to reduce greenhouse gas emissions from agriculture, or protect natural resources like fresh water and healthy soils.

Research published in the British Journal of Nutrition found significant differences between organic and non-organic farming.

The impact of switching to organic farming could save 64 million tonnes of carbon over 20 years across all UK cultivated land - the equivalent of taking nearly a million family cars off the road!

Organic farms are havens for wildlife and provide homes for bees, birds and butterflies – there is up to 50% more wildlife on organic farms!

In organic farming systems, animals are reared without the routine use of drugs, antibiotics and wormers common in intensive livestock farming.