Older people who spend time online are less likely to suffer from depression, according to a new study. 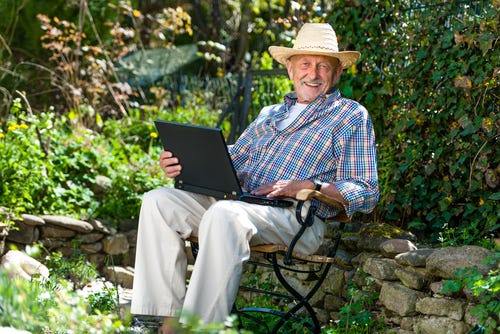