Vets at PDSA’s Glasgow pet hospital came to the rescue of a dog that was rushed in as an emergency after getting its jaw stuck in a can of Irn Bru. 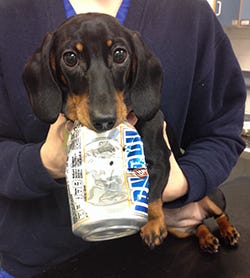 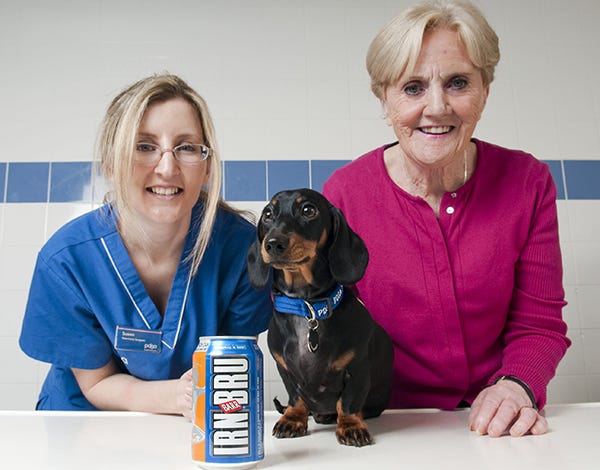