Running for 150 years, the blue plaque scheme links significant figures of the past to buildings where they lived or worked.

The founder of the RVS, our charity of the year, is to be commemorated with an English Heritage blue plaque. Running for 150 years, the English Heritage London blue plaque scheme links significant figures of the past to buildings in which they lived or worked. The plaque is to be unveiled today (4th July) at the Conrad St James Hotel; the location of the original offices of the RVS from 1938–1966 where Reading worked, often for up to 18 hours a day. 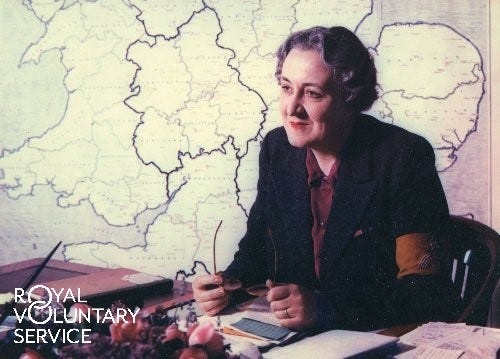 As the founder of the Women's Voluntary Service, one of the largest voluntary organisations in British history, Lady Stella Reading transformed the way volunteering was perceived. Today the organisation is known as the Royal Voluntary Service and its focus is on helping older people.

In total, six new plaques have been announced for 2017. Silent film star Charlie Chaplin and painter Francis Bacon are among those whose contribution to London life will be commemorated this year.