Tigger bounces back thanks to PDSA

The PDSA, our chosen charity of the year, saved the life of Tigger the cat after he was blown from a third floor apartment. 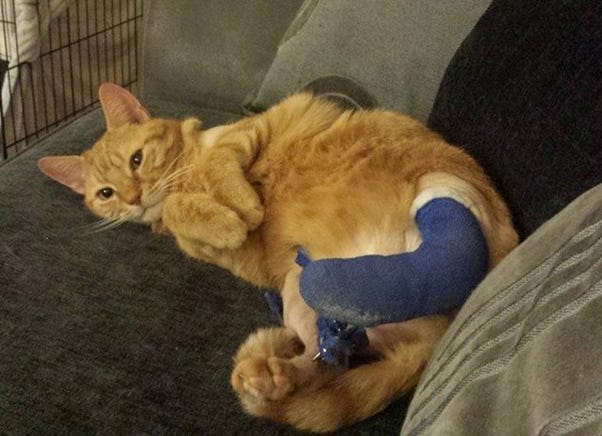