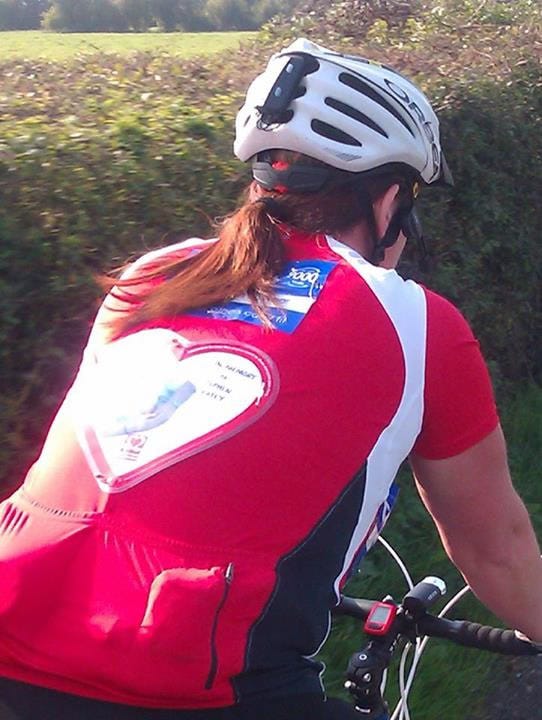 Debbie Patey, a member of the Cosyfeet team for the last 5 years, recently completed a 50 mile charity bike ride to raise money for the British Heart Foundation. This is what she had to say about the event:

“I’ve been a member of Cosyfeet since joining the team in 2008 where I began working in the customer services department as an advisor. Last year I changed my role to become part of the warehouse team where I am responsible for despatching orders to our national and international wholesale customers.

In May of this year we suddenly lost a member of our family to a fatal heart attack. This was the second heart attack my Brother in Law had suffered the first being in 1999, which resulted in him being left with partial sight. Sadly he had had a lifetime of heart trouble since being diagnosed with a heart defect at the young age of 12.

Whilst our loss still remains very much within our heart, a friend had mentioned on Facebook that he would be taking part in a local sponsored cycle ride for the British Heart Foundation. This local event together with something that had affected our lives so greatly made me think maybe we could take part. I discussed this with my husband Andrew and we both felt that to take part would be the right thing to do and it would also be something that his brother would have approved of us doing. So on Sunday 29th September Andrew and I completed the 50 mile Glastonbury Cycle Ride in aid of the British Heart Foundation. We managed to complete the course in 3 hours and 45 minutes and in doing so we raised a total of £850.00. We are so grateful to those who took the time to sponsor us.

The donations will be going towards vital research and equipment for the British Heart Foundation which in future will help prevent other families going through the worry and eventual loss that we have suffered.” 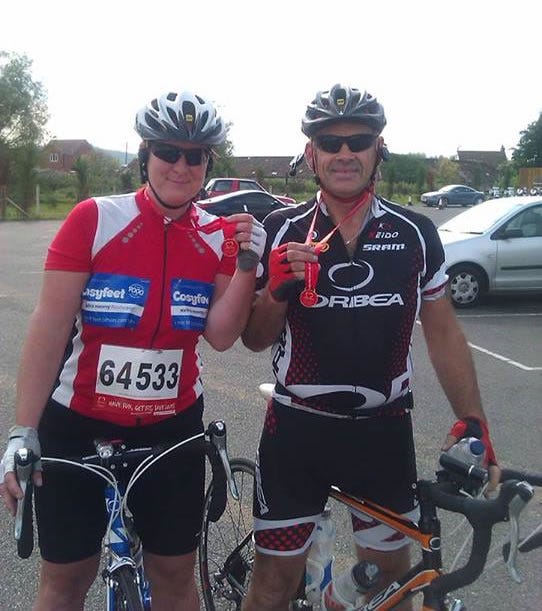