Linda Scantlebury is a student at the University of Brighton who participated in the Cosyfeet appeal for Crisis to help provide foot care to the homeless at Christmas. Here is how she got on:

“I chose to volunteer with ‘Crisis at Christmas’, a charity that reaches out to the homeless for a week over the festive period; providing a place to stay, meals, new clothing, bedding and access to healthcare as well as information regarding housing, job seeking and essential services. My shifts were divided into seven hour slots at one of the ten venues across London. On my first shift I was allocated to assist a team of three qualified podiatrists.

As I had expected, the “clinic” was set up in very basic facilities; a classroom with a kitchenette adjoining. When the patient arrived, they were given a basin of warm soapy water to soak their feet in, and a clean towel to dry their feet off afterwards. The podiatrists set up with two chairs facing each other, plus a footstool. Instruments were put on a small tray which was either kept on the podiatrist’s lap or on the floor (which was covered with a small piece of couch roll). All instruments were considered single use and disposed of post treatment. The patient was then treated by the podiatrist, and I gave them two pairs of socks, two emollient sachets and a foot file. Some were in need of orthotics, and following an assessment were provided with off the shelf devices.

I was eager to begin my shift and start helping. I anticipated that we would encounter a myriad of serious foot problems that had gone untreated for a lengthy period. I was pleasantly surprised to discover that the majority of patients we saw were in fact aware of the various drop in centres located around London which operate year round and provide a free podiatry service to the homeless. This meant that the severity of most conditions had been kept in abeyance. Eleven patients were treated on my first shift, two of which I will discuss which were particularly notable to my learning experience.

Patient X was in his thirties and had multiple sclerosis. He came from a European country where good social care is provided, but said that he chooses to remain in England in order to maintain contact with his children. He seemed to suffer from low self-esteem and was embarrassed, evidenced by his soft spoken voice and numerous apologies about the state of his feet. His clothes were stained and dirty, and he smelt of stale urine. His finger and toe nails were excessively long and unkempt and he had a large, pierced and painful blister on the plantar aspect of the 1st metatarsal on his right foot. The podiatrist wiped his feet with patient wipes, cut and filed his toe nails and dressed his injuries. He was advised to retain the dressing for two days, and to try to stay off his feet to allow the remaining fluid in the blister to be reabsorbed. He expressed the desire to use the shower facilities available at the venue, and was given a glove to cover his foot to enable him to do so. After his treatment he asked to borrow the nail nippers and cut his finger nails.

Patient Y was a 42 year old woman who suffered from mental health problems. She was subdued and soft-spoken and mentioned pain in her left foot. She had previously attended hospital where an x-ray revealed a fracture of the fourth metatarsal. She was given a foot orthoses boot to wear for six weeks. However, the boot had been removed with no assessment following, and her foot was again painful, swollen and had erythema. The podiatrist wiped her feet with Clinell patient wipes, cut and filed her nails, and did a muscular skeletal assessment. She referred her to the doctor who was next door, for a letter to take with her to the hospital requesting a further x-ray, having suspected that the fracture had not yet healed properly.

On reflection I realised that although her foot had been immobilised for the usual period, it should not be taken for granted that complete healing had occurred. An assessment should have been undertaken, and if any doubts arose a further x-ray should have been ordered to confirm the position. On reflection, it seems possible that because Patient Y’s injury has been left so long without a boot, and taking the increasing age of the fracture into account, that it might now never heal satisfactorily.

At first I wanted to help wash the patient’s feet but it soon became apparent that many were embarrassed and preferred to be left to soak and dry off their own feet. None of the patients were very elderly, and clearly felt quite capable of carrying out this task.

Patient X, for example, kept apologising about the state of his feet, which I did not consider to be bad at all. They were relatively clean and well kept. I found it interesting to observe the podiatrist reassuring Patient X, and joking with him that although some may think it crazy she had willingly chosen this career because she enjoys working with feet, and that it was no burden at all to treat his feet. I felt that the situation was handled in a compassionate and light-hearted manner and I could see the gentleman visibly relax, begin to smile, and talk freer with the podiatrist who had won his confidence. Her use of humour was undoubtedly helpful to put the patient at ease and I felt that she had approached the situation with professionalism and tact.

I observed the podiatrist who was cheerfully dismissive of his concerns which had the effect of putting the patient at ease. I learned from the way the podiatrist reacted to the patient and would strive to react in the same way should I find myself in such a situation in the future; to defuse the situation with professionalism and humour about how much we love feet.” 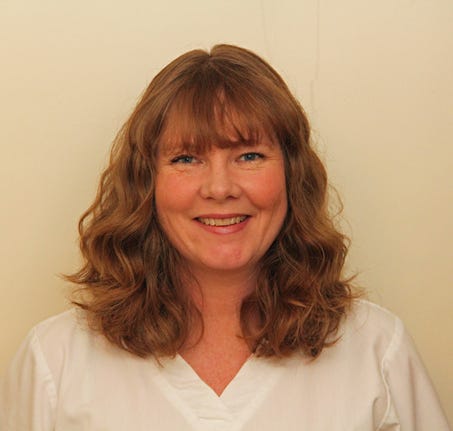