Pensioners are more internet savvy than ever before

Researchers have found that more than half of adults aged sixty and over are comfortable with downloading new apps, are happy to back up their PC with security software and think nothing of synching their iPhones, or uploading pictures on Facebook.

The survey also found that half of pensioners now have tablet devices and 47% have smart phones.

The in-depth study by McCarthy & Stone also found 78% of the 600 over 60s polled said they use the internet to do their banking online and 72% read news online. Other activities online include buying clothes, bidding on auction sites, finding recipes and watching catch up TV. 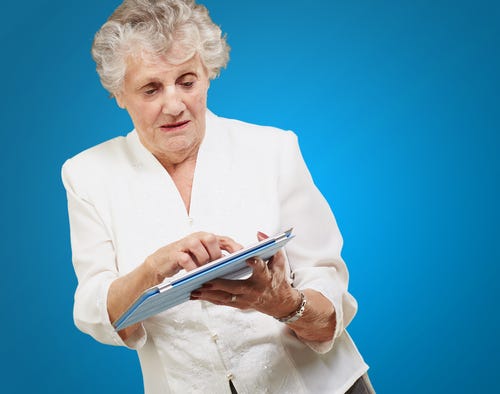 Ali Crossley, Executive Director of McCarthy & Stone said: “There is a perception retirees are less in touch when it comes to technology, but that really isn’t the case anymore. The image of Granny struggling to send a text is a thing of the past, with millions of pensioners logging on to Facebook and Twitter accounts daily.”

She added: “With so many services, information and social media online the Internet is a fantastic tool for retirees – and a real godsend for anyone who may sometimes struggle to get out and about.”