More ‘olderpreneurs’ in the UK than ever before

According to a recent report, hundreds of thousands of over-50s in the UK are setting up their own businesses for the first time.

The number of "olderpreneurs", as they have been dubbed by the media, is growing. In 2009 there were just over 1.5 million people aged 50-plus registered as self-employed. Now that figure stands at 1,766,000 – an increase of more than a quarter of a million.

Reasons for this upsurge in ‘olderpreneurs’ include:

One of the most famous ‘olderpreneurs’ is Colonel Sanders who launched his business at the age of 65, using his first Social Security cheque as start-up funds. Prior to his death Colonel Sanders’ restaurant chain had 6,000 locations and sales of more than $2 billion. 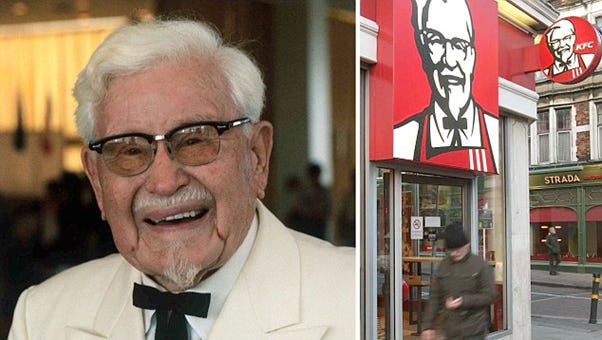 Colonel Sanders, created the famous KFC fast food chain when he was 65

If you’re an ‘olderpreneur’ please get in touch with the community page and tell us your story. We'd love to hear from you.