Teaching table manners, knitting and making bread were among some of the skills Granny and Grandad share. As were skimming stones, making toys from wood and planting seeds.A quarter of all grandparents have taught their children’s children to sew on a button and how to polish a pair of shoes.

Eight in ten of those polled were in agreement that young people had a lot to learn from the older generation and 62 percent said part of being a grandparent was passing on your skills. Nearly three in ten (28 percent) said their own grandparents taught them invaluable life skills so they want to recreate that with their own grandsons and granddaughters. 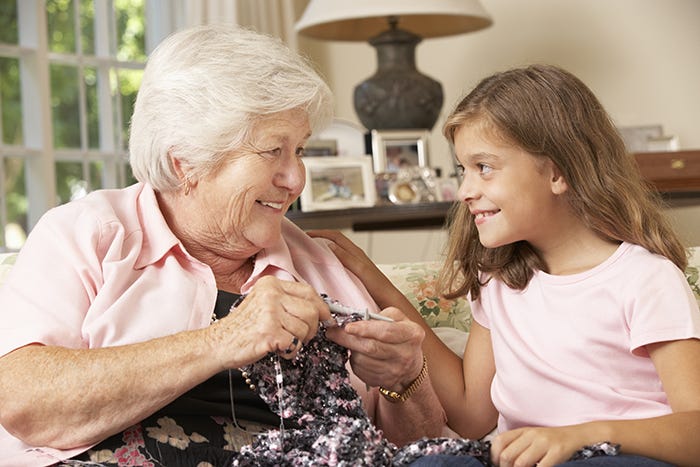