In August 2011, Esther Rantzen wrote an article about the loneliness she has experienced since being bereaved and living alone. She was overwhelmed by the huge response from older people who shared her experience.

In November 2011 she was invited to make a speech at a conference where she came up with the idea of creating a helpline to support vulnerable older people and break through the stigma of loneliness and isolation.

A pilot was launched in November 2012 funded by an initial grant from the Department of Health and Comic Relief. The Silver Line was then awarded a £5 million grant from the Big Lottery Fund in September 2013 and it launched just before Christmas 2013. 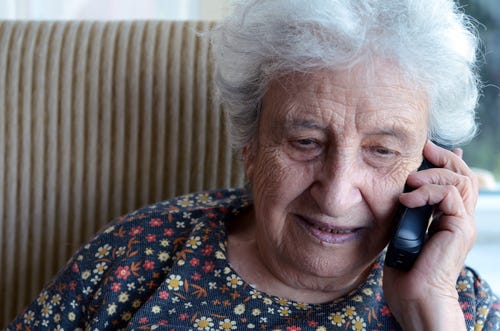 Since The Silver Line started operating it has received a staggering 35,000 calls. There are now 12,000 older people receiving regular weekly calls from their volunteer Silver Line friends. They have also started group chats called Silver Circles which are proving to be very popular and they are embarking on a new initiative called Silver Letters for people who prefer to communicate by post.

For more information about the Silver Line visit www.thesilverline.org.uk.