Walking is as good for you as running!

The London Marathon, which took place at the weekend, was an amazing display of fitness and stamina particularly from the elite runners who finished before most people were even half-way round!

Running is often cited as a great way to stay fit and healthy as it’s good at reducing blood pressure and cholesterol. However, according to recent research, we don’t all need to be runners to be healthy.

Researchers have found that walking is just as good as running when it comes to reducing the risk of high blood pressure, high cholesterol and diabetes. A study by Lawrence Berkeley National Laboratory in California found that the total energy used in exercise was more important than the intensity. That’s great news for those of us who don’t fancy taking up running!

In the first study of its kind, researchers found that walking briskly can lower the risk of high blood pressure, high cholesterol and diabetes – all problems that can lead to heart disease – as much as running does. 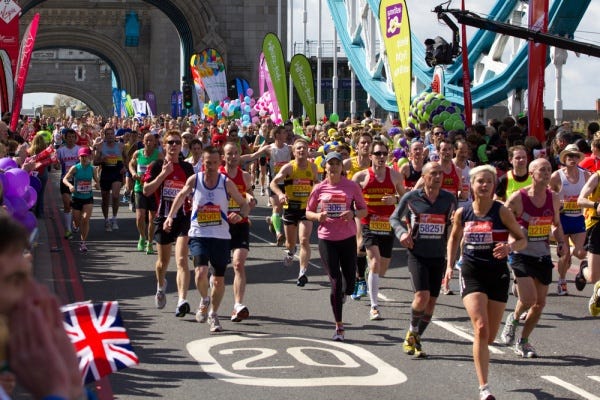 It was once thought that running was superior because runners travel further. But the benefits of both types of regular exercise were compared among 48,000 adults and found to be almost the same - as long as the energy used is similar, then the health boost is similar. The report estimates that a person would need to walk 4.3 miles at a brisk pace to have the same amount of exercise as running 3 miles.

Doireann Maddock, of the British Heart Foundation, said the findings show ‘that any brisk physical activity, not just those long, exhausting runs, can be great news for your heart health.

Whether it’s walking, jogging or running, staying active will help control your weight, reduce blood pressure and cholesterol, and improve your mental health.’