Synonymous with summer, sandals are the nation’s footwear choice in warmer weather. With high-heels, T-bars, Roman and even wide fitting sandals there are plenty of styles to choose from. But what did the first sandal look like and where did it originate from?

The oldest known sandals, and in fact the oldest known footwear of any type, were discovered in Fort Rock Cave in the U.S. state of Oregon. They were made from woven sagebrush bark and are thought be at least 10,000 years old. Longer than the foot, the front part was folded in a pocket to protect the toes and the sandal strapped to the foot with a thong.

The word sandal comes from the Greek word sandalon. The ancient Greeks made sandals out of willow leaves and twigs. They were worn by actors and philosophers alike. The boot sandal, or cothurnus, rose to above the middle of the leg and were principally worn by tragic actors, horseman and hunters. Slices of cork were sometimes inserted into the soles to make them thicker and give them more structure. The ancient Egyptians wore sandals made of palm-leaves and papyrus and were a part of the required and characteristic dress of the Egyptian priests. 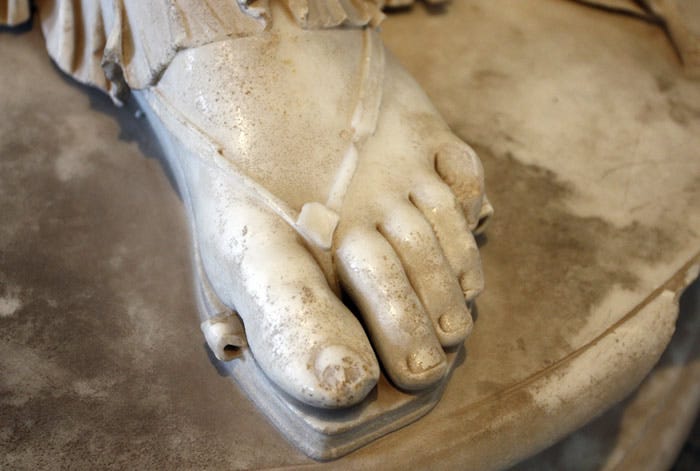