Wimbledon Championships is widely considered to be the most prestigious tennis tournament in the world. Its traditions include a strict dress code for competitors. Tennis players participating in the tournament are required to wear all-white or at least almost all-white clothing. All other items of clothing including hats, socks and shoes should also be almost entirely white.

Last year, Radek Stepanek from the Czech Republic strolled confidently onto Centre Court in bright red and blue shoes. He was immediately ordered to change before he could start his third round match against top seed Novak Djokovic. 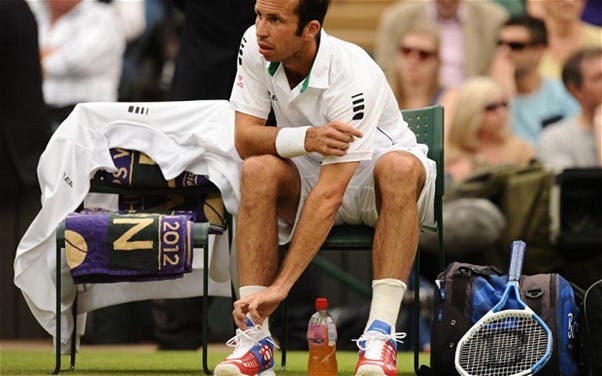 This embarrassing situation is unlikely to happen to British tennis player Heather Watson. According to the number two seed in the UK, she takes 5 pairs of white tennis shoes with her whenever she’s on tour.