As well as an enjoyable pastime, working on your garden is an excellent way to get all-round exercise. It can increase your strength, endurance and flexibility and reduce the risk of high blood pressure, heart disease, diabetes, obesity and other medical conditions. It can also decrease the likelihood of osteoporosis. When you dig, plant, weed or engage in tasks that require strength or stretching, all your major muscle groups get a good work out. It can improve your hand strength, pinch force and nimbleness and build and tone your gluteal muscles.

Spending time in the sunshine is also beneficial. As little as 15 minutes a day can build up your levels of vitamin D which is important for maintaining healthy bones and teeth while just being outdoors in the fresh air can help strengthen your immune system. Getting outside in all weathers is good for the soul and there is a great choice of footwear to keep you comfy including extra wide fit shoes for swollen feet.

Research carried out in 2016 by The King’s Fund, an English health charity, found that gardening can also play a powerful role in the care of our minds helping to reduce depression, loneliness, anxiety and stress. The social contact offered by gardening in an allotment environment can help to combat isolation while growing your own fruit and vegetables can give you a great sense of achievement.

A study in the Netherlands in 2011 suggests that gardening can fight stress even better than other relaxing leisure activities. After completing a stressful task, two groups of people were instructed to either read indoors or garden for 30 minutes. Afterwards, the group that gardened reported being in a better mood than the reading group, and they also had lower levels of the stress hormone cortisol.

In a recent study conducted in Norway, people who had been diagnosed with depression or persistent low mood, spent six hours a week growing flowers and vegetables. After three months, half of the participants had experienced a measurable improvement in their symptoms. What's more, their mood continued to be better three months after the gardening programme ended.

The researchers suggest that the novelty of gardening may have been enough to jolt some of the participants out of their depression, but some experts have a more radical explanation. Christopher Lowry, Ph.D., an assistant professor of integrative physiology at the University of Colorado, has been injecting mice with Mycobacterium vaccae, a harmless bacteria commonly found in soil, and has found that they increase the release and metabolism of serotonin in parts of the brain that control cognitive function and mood - much like serotonin-boosting antidepressant drugs do.  This exposure to soil bacteria means gardeners may also have a stronger immune system.

Being surrounded by flowers is also linked to improved mental health. In behavioral research conducted at Rutgers University by Jeanette M. Haviland-Jones, Ph.D., the results showed that flowers are a natural moderator of moods and have an immediate impact on happiness and a long-term positive effect on mood. Even just looking at a garden can give you a positive boost. 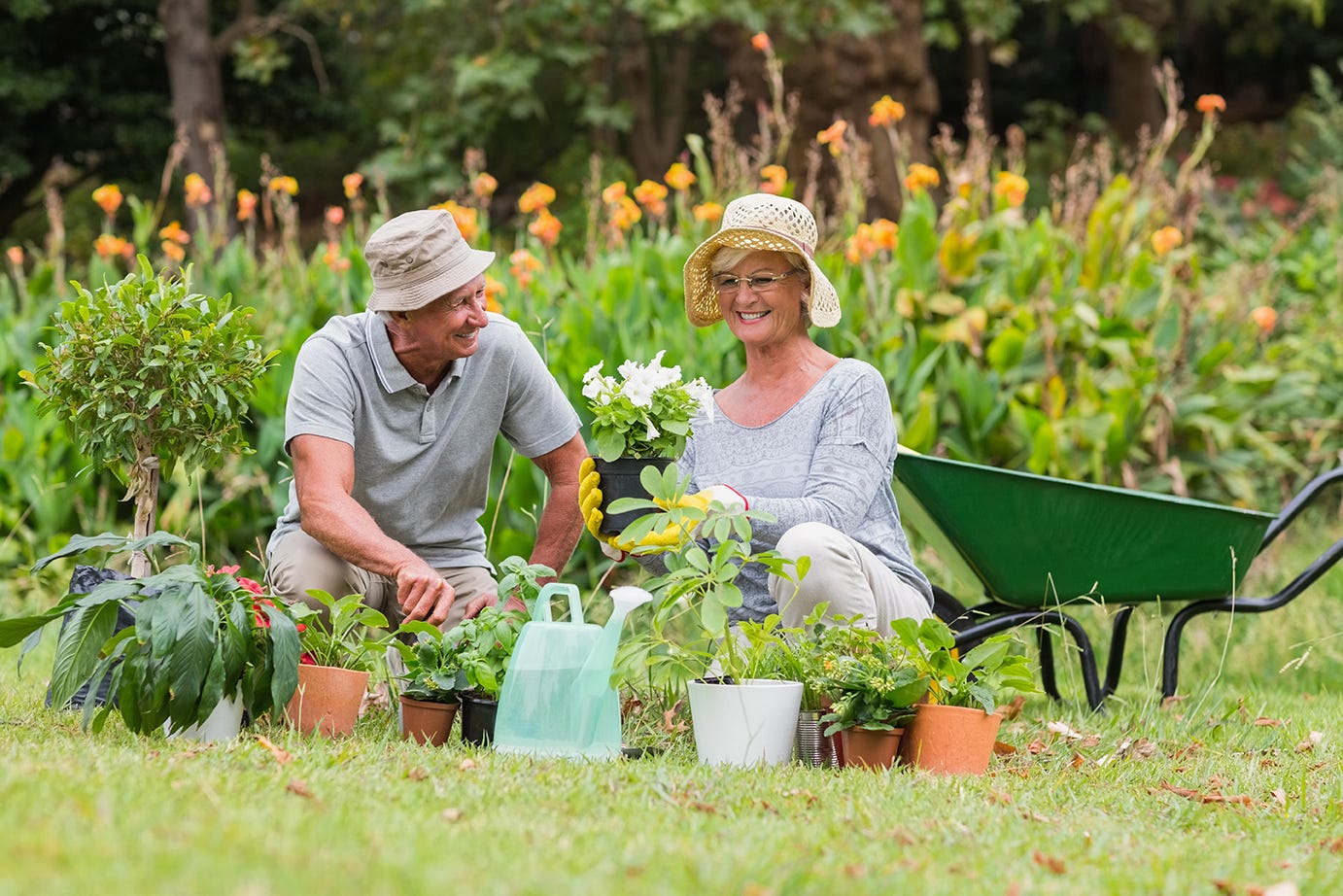