In our October Newsletter Competition we offered you the chance to win a Cooks Professional five litre stand mixer in colour cream worth £64.99 by sending us your favourite cake or baking recipe.

We loved Margaret's Orange Chocolate Cake with Marmalade recipe and she was chosen as the winner.

Her winning recipe is as follows:

Method:
Set the oven to 170°C (lower for fan oven).
Melt the chocolate in a bowl over a pan of barely simmering water.
Once melted allow to cool.
Cream the butter with the sugar and combine the egg yolks with the mixture followed by the extracts and the cooled melted chocolate. (You risk making chocolate scrambled eggs if it’s too hot.)
Stir in the marmalade.
Whisk the egg whites and fold in alternating with the dry ingredients that you’ve already mixed together.
Line a 22cm cake tin with greaseproof paper or an actual paper liner.
Pour the mixture into the lined tin.
Tap the tin on your kitchen worktop to settle the mixture and pop onto the middle shelf of the oven.
Test with a skewer after thirty minutes.
If the cake visibly wobbles as you take it out of the oven, put it straight back for around ten minutes.
The cake is cooked when the skewer comes away clean from the middle.
The cake will likely take between 40 and 50 minutes to cook.
Once cooked, remove from the oven and allow to cool in the tin.
Then turn out onto a large serving plate.
For the topping, melt and cool the second portion of chocolate.
When it’s coolish add some unsalted butter one knob at a time stirring until it is all combined.
The purpose of the butter is to keep the chocolate soft once it cools.
Spread a thin layer of marmalade over the top of the cooled cake and poor the chocolate/butter mixture on top tilting the cake to get it to run to, but not over, the edge.
Decorate with candied orange peel, if desired.
To serve warm, heat a slice in the microwave on auto defrost for 20 seconds or thereabouts.
Delicious served with vanilla ice cream or thick Jersey cream.

As an added bonus, our Digital Marketing Assistant, Elsie, made the winning recipe for the Cosyfeet team to eat and enjoy! 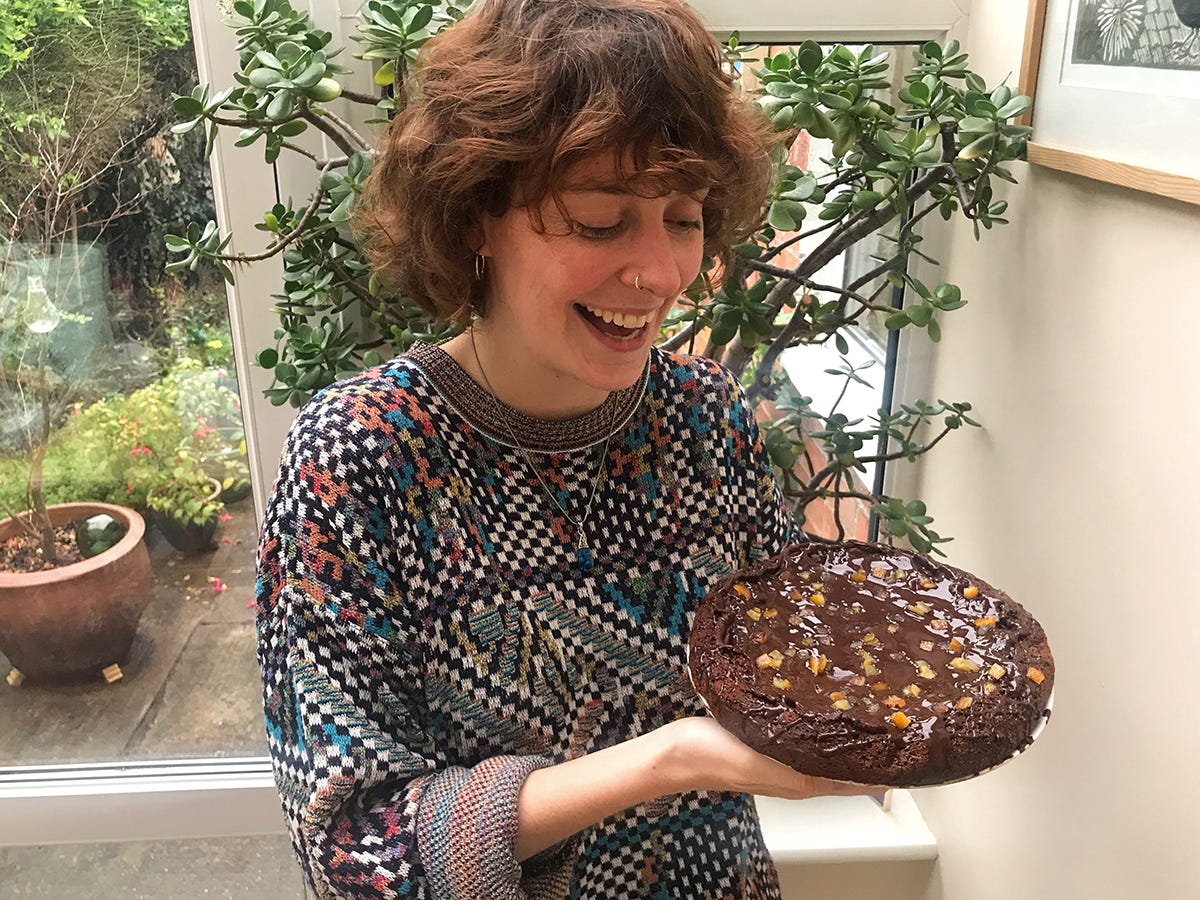